Robin Johnson reads Diane Kendig's "The Last Weeks In Her Studio" -- a poem about Maria Blanchard. The work was commissioned by Wordgathering, A Journal of Disability Poetry and Literature. 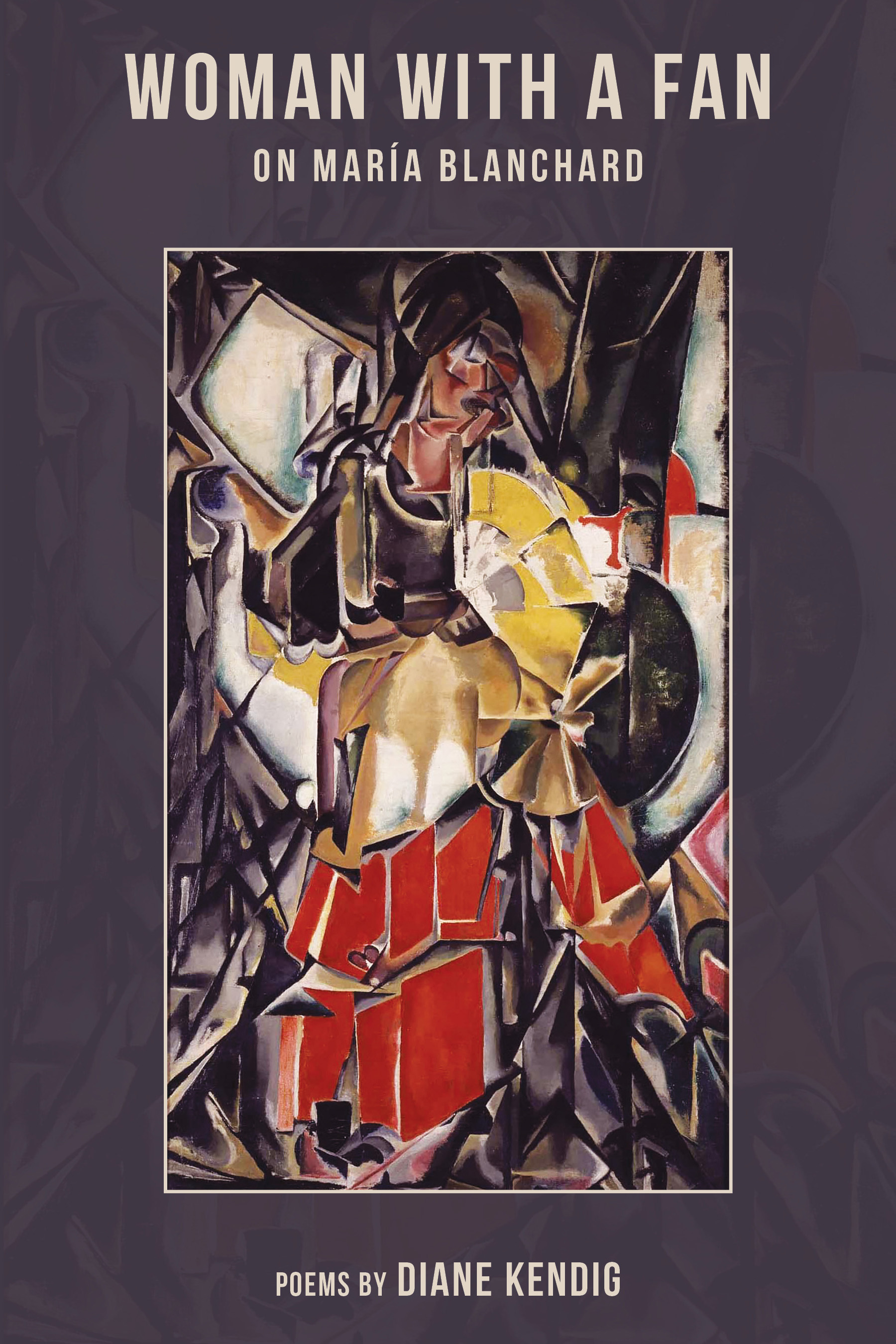 "If I live, I am going to paint
many flowers," she said in April.
The Blue Trains were arriving
in Paris on the way to Calais
from the Riviera, full of roses,
violets, and jasmine, clouds
of bright yellow mimosa for sale,
tourists returning home.

After her burial in Bagneux Cemetery,
her casket accompanied by her patron,
her family, and friends, and finally,
the vagabonds and indigents
she had helped for years,

some returned to clear out her studio
filled with canvases, half-prepared,
prepared with a first layer of primer
the canvas threads showing through,
finished paintings, multiple versions
of an earlier work,

and then the works she turned to
toward the end, the bodegones,
that Spanish still life set
in pantries and bars, her quadrants
of cherries, one of grapes, another
of onions. She had long given up
broken planes, fanned out,
and she never got to the flowers
but here stand fleshy, full vegetables
and fruits spread around on plates
and in baskets with napkins and glasses,
waiting for company.

About the Author
Diane Kendig's most recent poetry collection is Prison Terms. She also co-edited the anthology, In the Company of Russell Atkins. Her writing has appeared in journals such as Blueline, Under the Sun, and Ekphrasis. Woman with a Fan. Her chapbook of Maria Blanchard poems, is looking for a publisher while Diane curates the Cuyahoga County Library blog, "Read + Write: 30 Days of Poetry," and volunteers in prison. She's on the web at dianekendig.com

About the Reader
Robin Johnson is a Twin Cities actress/director who has acted at the Guthrie Theater, Theatre in the Round, Starting Gate Productions, Commedia Beauregard and Creative Time of New York. She has also done voice work for National Public Radio, Prairie Home Productions and the Ordway Center for the Performing Arts. Named Best Twin Cities Actress of the Year by Lavender Magazine, Johnson is also the founder of The New Place.